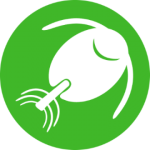 A recent scientific assessment indicates that there are no issues with the condition of phytoplankton and zooplankton populations in the Niagara River. The biomass and productivity of the Niagara River are consistent with the oligotrophic conditions in eastern Lake Erie. A BUI Status Assessment Report, which compiles all supporting information for changing the status of the Degradation of Phytoplankton & Zooplankton Populations BUI to ‘Not Impaired’, was prepared and submitted to the Canada-Ontario Agreement (COA) Annex 4 Co-Leads for formal review. In 2019, the COA Annex 4 Co-Leads formally confirmed and supported the recommendation to change the BUI’s status.

The Degradation of Phytoplankton & Zooplankton Populations BUI is no longer considered impaired for the Niagara River.

Why is plankton an indicator?

According to information on the International Joint Commission website, this beneficial use impairment applies “when the plankton (microscopic plants and animals) community structure significantly diverges from unaffected comparison sites of similar physical and chemical characteristics” (source: IJC).

Since the inception of the Remedial Action Plan (RAP) initiative in the late 1980s, there has been uncertainty about the condition of phytoplankton and zooplankton populations in the Niagara River Area of Concern (AOC). The BUI was listed as ‘Requires Further Assessment’ from 1993-2018. Below is a summary of BUI status in major RAP reports over time.

Scientists from the Department of Fisheries and Oceans conducted a comprehensive scientific study examining water chemistry and phytoplankton and zooplankton composition at six different monitoring sites along the Niagara River. The sites were sampled monthly (from June to October 2014). The results of the technical assessment show that there are no issues related to populations of phytoplankton and zooplankton in the Niagara River Area of Concern, and that the status of the Degradation of Phytoplankton and Zooplankton Populations BUI be changed from ‘Requires Further Assessment’ to ‘Not Impaired’.

Key findings of the study are: