The Ramsar Convention is a voluntary Treaty, committed to promoting the conservation and wise use of water-based ecosystems through international engagement and collaboration.  The Treaty was signed in Ramsar, Iran; in 1971. Canada signed the Treaty in 1981, and has 37 Ramsar sites.   The United States signed the Treaty in 1987 and, with the recent designation of the American side of the Niagara River, now has 40 Ramsar sites. There are 169 member countries that have designated more than 2,227 Ramsar Sites (215,000,000 ha) around the world.

In the early part of the 19th century, the Niagara River was considered to be the most degraded place in North America. In 1972, Canada and the United States signed the first Great Lakes Water Quality Agreement to clean-up environmental problems the Great Lakes, including the Niagara River. Major clean-up efforts in the Niagara River over the past 50 years have reduced discharges of pollution and toxic chemicals. To acknowledge this achievement of a cleaner, healthier river, a community group is leading the process to have the Niagara River designated as a Ramsar Wetland of Importance.

A Ramsar designation for the Niagara River will commit, under Treaty, Canada and the United States to continue to work together to ensure that environmental progress achieved over the past 5 decades does not backslide. It will ensure future programs and their administrators are aware of the history and work that has been completed on the river for decades to come.

A Ramsar designation will endorse the rivers ecological significance and its global importance.  It will strengthen local economies through increased tourism, recreation and increased funding opportunities.  It will heighten international awareness of the river’s global contribution to biodiversity and its role in building stronger, healthier and more resilient communities.

To qualify for Ramsar designation the site must meet at least one of the following nine criteria:

The Niagara River meets all 9 criteria. Only 35 (1%) of all global Ramsar sites meet all nine criteria. 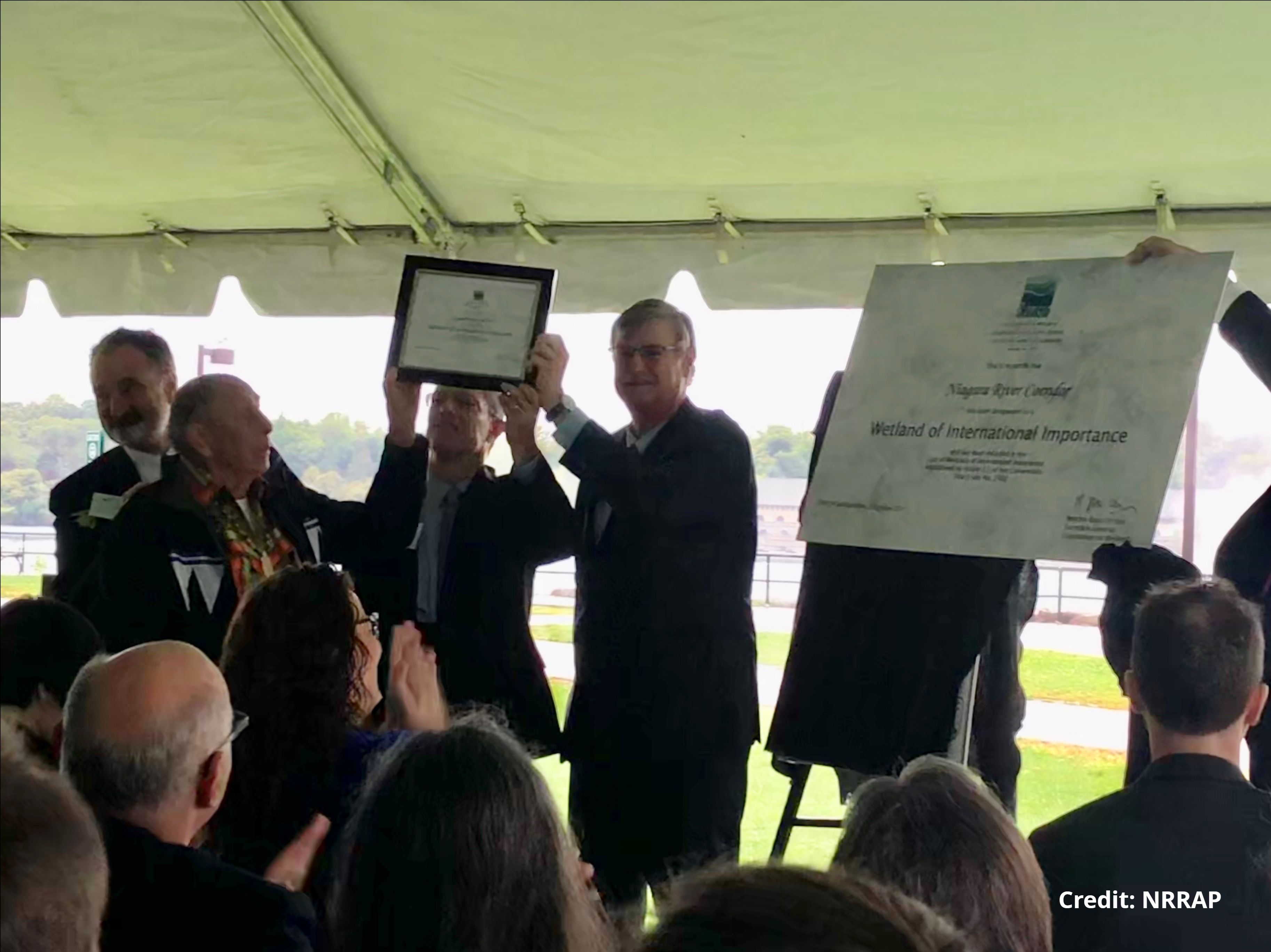 American partners hold up the official certificate designating the U.S. side of the Niagara River corridor as a Ramsar Wetland of International Importance at a ceremony in October 2019.

In October 2019, the Niagara River (U.S.) Corridor was officially designated as a Wetland of International Importance under the Ramsar Convention. With this designation, the Niagara River Corridor becomes the 40th Ramsar site in the United States and joins more than 2,300 wetlands worldwide recognized for their rare and unique habitat, wildlife, and biological diversity.