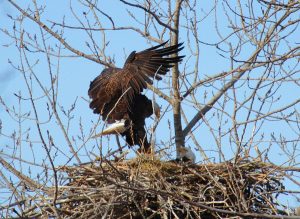 Bald eagle returning to its nest.

The Niagara River Corridor supports numerous species during critical stages in their lifecycles. These stages include nesting, migration, and overwintering for birds, and spawning for fish. 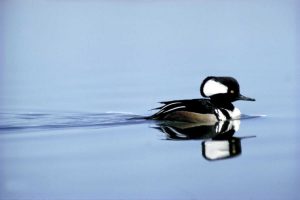 In Ontario, this species’ entire range consists of a single, cascading stream in the Niagara Gorge on the Canadian side of the river, occupying no more than about 0.005 km2. Surveys have identified some 22 individuals and indicate a total adult population that is probably fewer than 250 individuals. Its minute range makes this salamander highly susceptible to extirpation (elimination from the area) if any change to its habitat were to take place. Major threats to this salamander are activities that could affect the water table and dry out the spring that supports its habitat. Salamanders are representative of pristine habitat conditions, as they cannot tolerate any type of pollution. This species is listed as Endangered in Ontario and is protected under the Endangered Species Act, 2007.