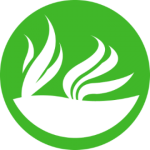 A recent scientific assessment indicates that there are no issues related to excess nutrients or algae in the Niagara River. Following a technical peer-review of the assessment, the RAP Team conducted extensive public engagement on the recommendation to change the status of the BUI. The results of the assessment and review process were compiled into a BUI Re-Designation Report which was submitted to the Canada-Ontario Agreement (COA) Annex 4 Co-Leads in 2018 for formal review. In 2019, the COA Annex 4 Co-Leads officially confirmed and supported the recommendation to change the BUI’s status.

The Eutrophication or Undesirable Algae BUI is no longer considered impaired for the Niagara River.

Why is algae used as an indicator?

Algae are plant-like microorganisms that live in water. They are an important part of the food chain as the main source of food for zooplankton and planktivorous fishes. Algae occur naturally but when there are too many nutrients (like phosphorus) in water (from fertilizers, soaps, and sewage), algae can grow out of control (called an algal bloom). When large amounts of algae die, they us up important oxygen which can kill fish or wildlife. Some algae are toxic and can cause serious illness to humans and wildlife. An algal bloom is an indicator of nutrient pollution.

According to information on the International Joint Commission website, this beneficial use impairment (BUI) applies when there are persistent water quality problems linked to excessive nutrients from known (point) and unknown (nonpoint) sources. Typically, the impairment is observed as nuisance or harmful algal blooms, depleted oxygen levels in bottom waters, and decrease water clarity (source: IJC).

Most of the restoration efforts and studies prior to 2012 were focused on the Welland River and its watershed. Due to the revised GLWQA of 2012, the scope of all the AOCs was refined to ensure targeted restoration in the Waters of the Great Lakes; therefore, the Welland River and its watershed is no longer considered a part of the AOC itself but is recognized a potential source to impaired water quality in the Niagara River (as the AOC watershed). We recognize all of the important work conducted in the Niagara River as well as its tributaries. Below is a list of related activities done by all RAP partners: